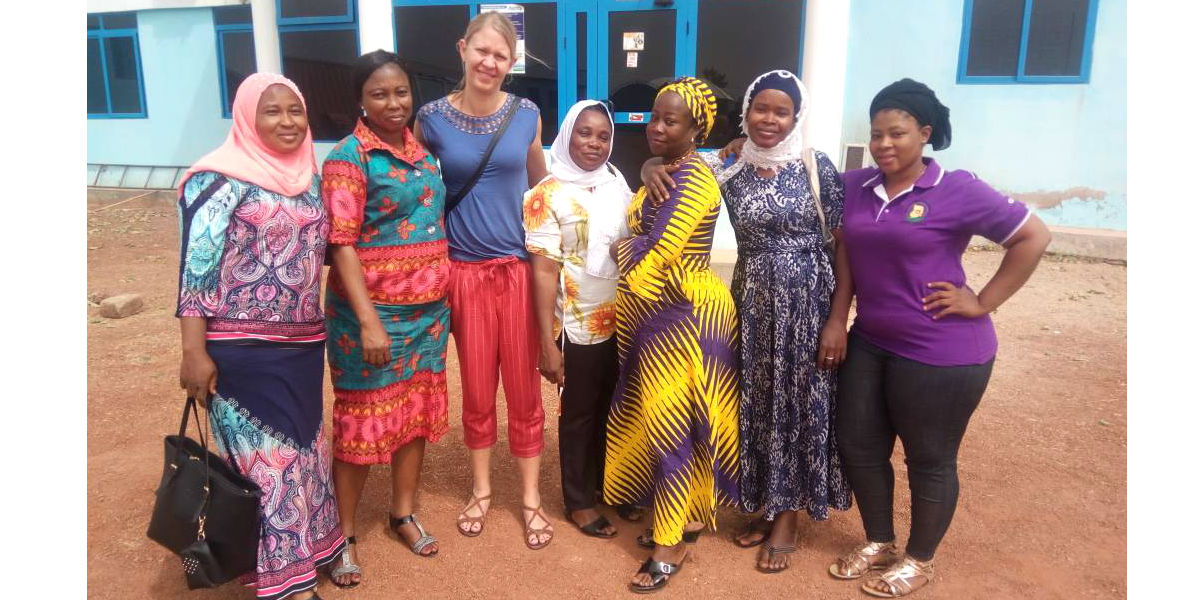 Significant Impact of the Safe Delivery App in Ghana

On June 13, Maternity Foundation took part in a stakeholder convening discussing the Safe Delivery App in Ghana with our partners, including UNFPA, Ghana Health Services and the local organisation NORSAAC.

Although the Safe Delivery App is newly launched in Ghana, it is already showing great impact. A pilot program of the app, which has run since January 2018, shows impressive results among 58 midwives in rural health clinics in the Northern regions of the country.

“I have many success stories from using the app, and since I started using it, more people have built stronger confidence in me. It helps me save lives,” Fareeda Tinorgah Yelgie, a midwife at Tolon Health Centre in the Northern Region of Ghana explained at the event.

Fareeda is one of the midwives, who has benefitted from the Safe Delivery App in her work since being introduced to it in January.

The pilot program is carried out by Maternity Foundation’s partners, the local organisation NORSAAC and Ghana Health Service (GHS). Their study of the effects of the Safe Delivery App among the 58 midwives shows a remarkable impact of the app just few months into its implementation. On average, the 58 midwives increased their knowledge on complicated childbirth and postnatal care by 40 percent after just three months of usage.

“The Safe Delivery App has made me more confident in my work. We are only two midwives in my health centre, so the app is my doctor and I use it to revise my knowledge,” says Fareeda Tinorgah Yelgie.

Saving lives in remote and rural areas
The results of the pilot study show that the app works as an effective job-aid for midwives in the Northern region.

89 percent of the 58 midwives in the study are using the app on a weekly basis – the majority use it up to three times weekly. In addition to a 40% increase in knowledge, many of the midwives report an increase in professional confidence and find the My Learning component – a feature that allows them to test their knowledge through interactive and educational quizzes – very helpful in their work.

According to NORSAAC, there is good reason to introduce the Safe Delivery App nationally, not least in rural areas where access to hospitals is scarce.

“Those in the remote areas need this app very, very much. It is found very useful and we should find ways of exposing the app to personnel in the hinterlands of Ghana” says Amiru Danaa Isah, Monitoring & Evaluation Manager at NORSAAC.

The need for spreading the app to rural areas of Ghana is something midwife Fareeda Tinorgah Yelgie recognises. The lack of ambulances and taxis in her village makes it difficult to refer patients to the Tamale Hospital, which is located hours away from the clinic. The app has relieved her in instances of urgent complications with no chance of getting the patient to a doctor in time.

“I have used the app for complicated cases. I had an abortion case where the infant had died in week 22 in the mother’s womb. The woman was in labour and the dead infant already had one leg out. I had to refer her to the Tamale hospital, but she could not even sit on a motorcycle. I used the app to help her right there. Again, the app was my doctor, and the mother survived”, she said.

At the Mathias Catholic Hospital in Yeji in the Brong-Ahafo Region, they have started deriving protocols from the app. This has led to better management of cases, and the app provides an easy-to-understand reference point for midwives and staff at the hospital.

The correlation between the implementation of the app at the Mathias Catholic Hospital and birth-related deaths also point to significant impact. According to the hospital, in the first five months of 2018, as the app is gradually more frequently used, neonatal deaths have gone down 61 percent and maternal deaths have fallen by 75 percent compared to the first five months of 2017 –  despite an increase in birth rates from 2017 to 2018.

Maternity Foundation is working closely with the United Nations Population Fund (UNFPA) in Ghana to spread knowledge of the app to Ghanaian health professionals. So far, the app has had over 1,900 downloads by health professionals in Ghana and has about 900 active users countrywide.