Maternity Foundation, University of Copenhagen, and University of Southern Denmark developed the first version of the Safe Delivery App that was tested in a randomized controlled trial in Ethiopia.

In a pragmatic, cluster randomized, controlled trial in five rural districts in West Wollega, Ethiopia, 73 health facilities were randomized to either mobile phone intervention or standard care. 3,601 women in active labor were included at admittance and followed until 7 days after delivery. Knowledge and skills in neonatal resuscitation and post partum hemorrhage was assessed at 0, 6 and 12 months amongst 176 health workers at the included health facilities. The study objectives were:

Skill scores of intervention health care workers increased significantly compared with those of controls at:

Knowledge scores of intervention health care workers increased significantly compared with those of controls at:

The Safe Delivery App seemed to be an effective method to improve and sustain health workers knowledge and skills in neonatal resuscitation and post partum hemorrhage up to 12 months from being introduced.

Health workers’ use and perception:

Findings indicate that users of the Safe Delivery App (birth attendants) perceive the tool as very relevant to them. They find that it increases their knowledge and confidence. The visual animated instruction videos and the guiding steps in the local language are appreciated and makes the health workers refer to the SDA as a “practical” tool (as opposed to a “theoretical” tool like a handbook). Health workers see the tool as useful for them both as an educative tool to help improve/retain their knowledge and skills, and as an emergency tool, that can give immediate guidance on how to recognize and manage obstetric and neonatal complications.

The health workers experience that the Safe Delivery App has improved their ability to manage childbirth situations, which they were previously insecure of, or would abstain from handling.

Findings also indicate that the SDA helps boost the professional authority of the health workers in the eyes of their communities, and increase the recognition and trust from their communities.

Findings point to a potential risk that the SDA could create over-confidence in health workers, who do not have the mandate or capacity to conduct all the procedures described in the SDA, with potential adverse outcomes. However, those with a very low capacity, also seemed to have great benefit from the App. More research is needed, and critical reflection on which target group should be equipped with the Safe Delivery App is recommended. 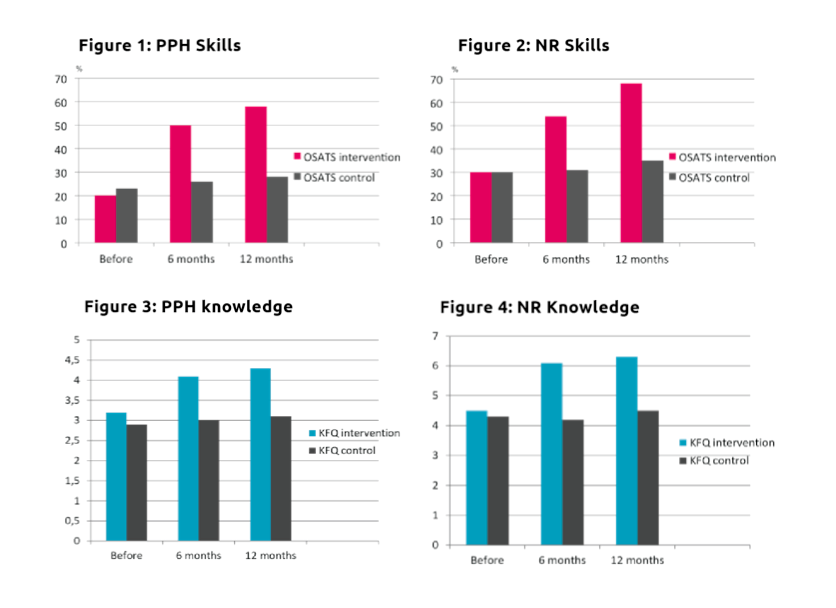 Dissemination and implementation of the Safe Delivery App in Ethiopia

Following the RCT, the Safe Delivery App was introduced in Maternity Foundation’s new Maternal and Newborn Health project in September-November 2016 to a total of 107 midwives. Midterm follow-up was conducted after 6-9 months and a final follow up will be conducted after 12-15 months. The implementation was financed by Merck for Mothers.

This report is the output for one of the specific objectives of the project; namely to compile a data compendium based on the documented experiences and impact of the implementation: Safe Delivery App Data Report, Ethiopia Country case 2016-2017